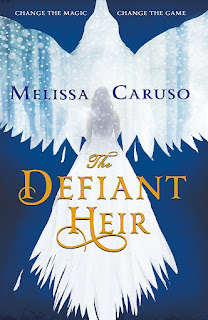 SYNOPSIS:
Across the border, the Witch Lords are preparing for war. But before an invasion of Raverra can begin, all seventeen Witch Lords must gather to agree a course of action. Lady Amalia Cornaro knows that this conclave might be her only chance to stifle the growing flames of war.
Amalia and her warlock Zaira must go behind enemy lines, using every ounce of wit and cunning they have to avert the coming conflict. If they fail, it will all come down to swords and fire.


REVIEW:
As a reader, I love it when a book takes me on a journey and does something a little different and having read the original book in this series, The Tethered Mage, I was wondering what the author would do with the cast and how the events that were portrayed previously would effect them.  After all with so much having happened, its not like those involved could carry on as they were and the events certainly shaped changes not only in the world but in the characters themselves.

What Melissa did well was carry on with the expansion of her creative world, the magics, the cultures and perhaps best of all, the characters as we got to see how they'd not only changed in thier relationships but personality based on what they'd done.

Back this up with cracking prose, delightfully written plot and of course a pace that gives you chance to breath and think about events as they play out.  Finally throw into the mix, new cast introductions, political intrigue and this YA Fantasy shows that it offers a lot to readers of all ages.  Magic.