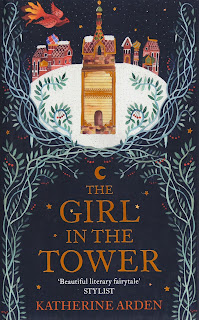 SYNOPSIS:
For a young woman in medieval Russia, the choices are stark: marriage or a life in a convent. Vasya will choose a third way: magic...

The court of the Grand Prince of Moscow is plagued by power struggles and rumours of unrest. Meanwhile bandits roam the countryside, burning the villages and kidnapping its daughters. Setting out to defeat the raiders, the Prince and his trusted companion come across a young man riding a magnificent horse.

Only Sasha, a priest with a warrior's training, recognises this 'boy' as his younger sister, thought to be dead or a witch by her village. But when Vasya proves herself in battle, riding with remarkable skill and inexplicable power, Sasha realises he must keep her secret as she may be the only way to save the city from threats both human and fantastical...


REVIEW:
I love a book that presents you with a story that is not just well written, but done in such a way that its more visual like a photo rather than painted on the readers imagination.  This is what Katherine has done not only in the previous novel but also this, the second book in the series.

It has solid plotlines, cracking prose and perhaps best of all, characters that have evolved from the previous excursion as events have shaped them and for me, as a reader, I just loved to spend time with them as the vivid landscape helped ground them.  All round a cracking book and one that was a pure joy to read.