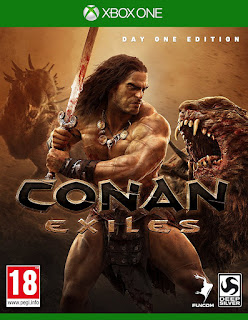 Hail Mighty Readers and Followers of the Calloused Thumbs,
Here at Totally Pawsome we're getting pretty excited to return to the Hyborian Age and play our own Cimmerian who fights monsters, builds their own city alongside destroying everyone elses.

(Or to put it another way: "To crush your enemies, see them driven before you, and to hear the lamentations of their women!")

With Conan's Exiles having been released early last year of the PC, they're now bringing it to console where you can play as a single player or as part of a group.  We can't wait to embark but there is one thing that you have to do before that, work out which version you want.  Whilst the game on its own is currently priced at £36.99 ($49.99) here in the UK we get the chance of the Collectors Edition for £64.99.

This does include a lot of extra's which as you can see look pretty sweet: 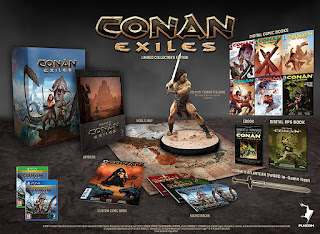