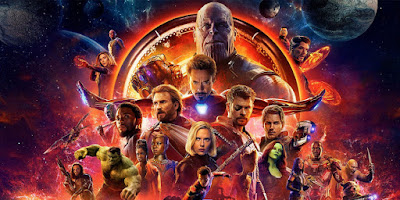 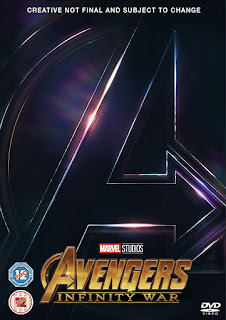 SYNOPSIS:
An unprecedented cinematic journey ten years in the making and spanning the entire Marvel Cinematic Universe, Marvel Studios’ “Avengers: Infinity War” brings to the screen the ultimate, deadliest showdown of all time. The Avengers and their Super Hero allies must be willing to sacrifice all in an attempt to defeat the powerful Thanos before his blitz of devastation and ruin puts an end to the universe.

REVIEW:
OK, I'm going to try and avoid spoilers here as if there's one thing I hate myself its having a film ruined by others being careless.  After all with it being out today, I was one of the lucky people who've managed to get to see it early and have time to process my thoughts as to the events within.

The first thing I really want to say about the film is that i loved Thanos, rather than being a 2d villain like you may have come to expect, Josh Brolin gave him depths and an ideology that did make sense and also brought emotional context to the fore really making him a joy to watch on the big screen, and whilst a certain amount of the film was bringing together all the heroes from across the universe, a fair few of them suffered from lack of writing and depth almost as if it was give them screen time rather than any real purpose.

The acting was pretty solid with Robert Downey Jr bringing Tony Stark into a future he dreaded, a good performance from Tom Holland as Spidey who acted as a foil to the seriousness of the situation and to be honest a fair few of the others were overshadowed by these two.

Throw into a mix an especially huge battle for the fate of the universe, with many sacrificing themselves for the greater good and the fans are in for a treat.  All in the writing was OK and followed a formulaic plot line but the one thing I will say is if the second part to this film (released next year) has a "And then they woke up" type of scenario I'm going to be more than peed off.
at April 26, 2018