CAVAN SCOTT
Cavan Scott here, author of the Warhammer Adventures: Realm Quest series of science fiction stories for younger readers. Like Tom, I was asked to pick three that I love, so here goes.

Malcolm Hulke - Doctor Who and the Cave Monsters
It’s fair to say that Doctor Who got me reading as a kid. Back then, we didn’t have DVDs or iPlayer (yes, I know I sound old), so if you missed a story on TV there was no way to ever see it again. However, you could still find out what happened by reading these short, exciting novelisations. This was one of the first I ever read, and I was really happy to see that BBC Books recently reissued it with the original cover illustration. Based on a TV serial called ’Doctor Who and the Silurians’, Hulke’s novelisation sees the Doctor discover a race of lizard men hibernating beneath the Earth’s surface. It soon becomes clear that they ruled the planet long before humans even evolved and now want the world back from the upstart apes!

Neil Gaiman - The Graveyard Book
I’m a big Neil Gaiman fan and I think this book for younger readers is actually one of his best. When his parents are killed, Nobody ‘Bod’ Owens is raised by ghosts in the nearby graveyard, growing up surrounded by all manner of creepy and ghoulish friends. As you can imagine, his is not a normal childhood, Bod even learning how to haunt people. Over a series of adventures, Bod discovers the terrible truth about his family’s murderer, coming to terms with who he really is. 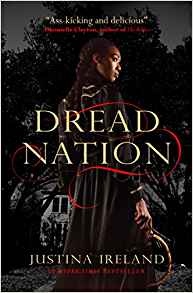 Justina Ireland - Dread Nation
This is actually the latest book I read, and I’ve been raving about it to anyone who will listen ever since. It’s a YA novel so aimed at slightly older readers than Warhammer Adventures, but even though it deals with a zombie outbreak isn’t particularly gory. It tells the story of Jane McKeene, a teen in an alternate nineteenth-century where the American Civil War ended up with the dead rising from their graves. Like all black teenage girls, Jane is taught how to be a bodyguard, protecting wealthy white ladies from what they call ’shamblers’, but gets into trouble when she uncovers a plot by the bigoted mayor of her local town. Horror stories have always been a great way to examine prejudice and discrimination and, while the action never lets up, Dread Nation handles big questions in a thought-provoking way.


TOM HUDDLESTON
I’m Tom Huddleston, author of the Warhammer Adventures: Realm Quest series of fantasy stories for younger readers. I was asked to pick three fantastical books that inspired me as a kid or that inspire me now, so here goes. 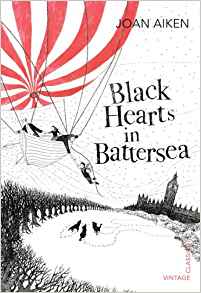 Joan Aiken - Black Hearts in Battersea
Joan Aiken’s series of stories about the exploits of Cockney troublemaker Dido Twite are part history and part fantasy, set in a parallel England populated by wolves and artists and rebels plotting against the crown. This has always been my favourite of the books - Dido is a wild, irrepressible heroine, and the story rattles along in such a madcap, unpredictable fashion.

Philip Reeve - Fever Crumb
Philip Reeve’s Mortal Engines quartet are well known - they even made a blockbuster movie out of them (though sadly, it wasn’t that great). But I’m not sure that as many readers are familiar with his prequel trilogy, set centuries before Mortal Engines and following the adventures of a young woman called Fever Crumb. In some ways I actually prefer them - they’re simpler, more human stories and the world Reeve creates is magical, his imagination seems absolutely limitless. 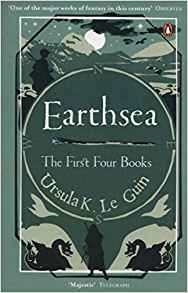 Ursula Le Guin - The Earthsea Quartet
These are books I read every few years, and find new things in them every time. Ursula Le Guin’s series of tales about a wizard called Ged don’t follow the usual heroic fantasy template - Ged is only the main character in two of them - but the world she fashioned is so unique and believable. They’re also the perfect gateway to Le Guin’s more grown-up novels like The Left Hand of Darkness and The Dispossessed, some of the best science fiction and fantasy stories ever written.
at February 21, 2019